The duty of the BZC board of directors is to serve the sangha by ensuring that BZC fulfills the organization’s mission: to offer daily zazen and other intensive practice opportunities to lay and resident practitioners under the guidance of our abbot, Hozan Alan Senauke, and with the support of our zen center community. In addition it is the board’s responsibility to:

Meditation – zazen or “sitting in stillness” – is the center of our practice as well as following and adapting the traditions of Soto Zen Buddhism and our founder Shunryu Suzuki Roshi. At BZC, our everyday activity, as it extends from zazen, is the field where practice finds its full expression. 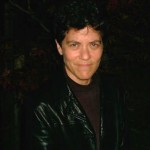 Karen has practiced at the Berkeley Zen Center since 1976. She also studied with Choygam Trungpa Rinpoche, Joseph Goldstein and Jack Kornfield. She received Lay Ordination at BZC in 1996, was Shuso in 2006, and received Lay Entrustment from Sojun Roshi in 2010. During her nearly 44 years at BZC she has held many practice positions. She currently leads a dharma study group and teaches Dharma in prisons and libraries. She worked for many years at the San Francisco Public Library, where she was Program Manager of the James C. Hormel LGBT Center. She lives with her wife Nancy and cat Bella in Oakland. 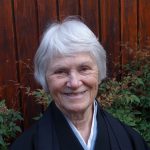 Hannah began practice in the 90’s in Chicago temples and periods of work practice at Green Gulch Farm. She has had significant nonprofit board leadership and support experience.  In 2000 she retired at age 60 to move to Tassajara and lived 6 years at San Francisco Zen Center: Tassajara, City Center and Green Gulch. She was ordained as a priest in 2006. Since then she has moved to be close to young granddaughters, first in Santa Cruz and now Berkeley. She was active in Santa Cruz Zen Center (also in Vipassina Santa Cruz) and served as Shuso. In December 2015 she moved to Berkeley and to practice at Berkeley Zen Center. Her dharma name was given last year by her teacher Hozan Alan Senauke. 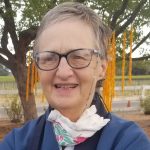 Laurie started formal Zen practice in 1980 at San Francisco Zen Center; she worked at Green restaurant back in the day and lived at Tassajara for 3 years. In 1989 she married Hozan Alan Senauke, moved to Berkeley Zen Center and raised their two children. After several years of intense focus on child-rearing, she gradually returned to more involvement in formal practice. She served as head student (shuso) at BZC in 2003 and received lay entrustment in 2006. In April 2018, she received priest ordination from Daito Steve Weintraub, who gave her the name Kosei Nyokai – Radiant Vow, Suchness Ocean. She received dharma transmission from Steve in September 2021. She also studies and practices hypnotherapy. 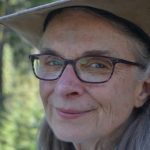 I grew up in Berkeley and my mother was a “friend” of BZC many years ago. I started my Zen practice with Joko Beck and Diane Rizzetto at the Bay Zen Center in 1992. In 2002 I joined BZC and this has been my sangha since that time. I have held several positions at BZC and was Shuso, or head student, in 2018.  I was a dancer and choreographer in New York, Paris, and the Bay Area and at present teach yoga and run a dance studio in West Oakland. I am married and have two grown children and a new grandson. 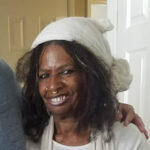 Fulani Offutt began her spiritual practice at a young age through her family’s involvement with the African Methodist Episcopal Church. Her great grandfather was an AME Bishop. At age 12 her father shared a family bible which featured religions of the world; there she learned about the life of the Buddha. Growing up in LA Fulani witnessed the National Guard driving through the neighborhood in tanks. Seeing the disenfranchised in her community she decided to serve with the Black Panther Children’s breakfast program.

Fulani came to Berkeley with her son in 1980 and in the 90s she began her practice while raising three children down the street from BZC. She received lay ordination in 2012 from Hozan, with the name Sin Shin Hon Go, (on the lion’s seat searching the way, you attain wisdom of the Buddhas). She teaches in Berkeley Unified at King Middle School. 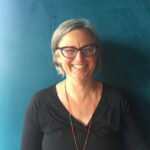 Heather Sarantis is a longtime environmental and human rights advocate. She worked with community groups to lead environmental health and justice research, and developed California’s plan to prevent breast cancer. She currently works in climate philanthropy. She has repeatedly dipped her toe into Buddhism over the past 30 years, and finally broke through to fully embrace the practice a few years ago. She studied with Maylie Scott in the 1990s while participating in the Buddhist Alliance for Social Engagement (BASE) through the Buddhist Peace Fellowship. She will receive the precepts this October at BZC, with Hozan Senauke as her preceptor. She lives in Berkeley with her husband, Rob, and her 12 year old son, Dylan, who is currently attending BZC’s coming of age program. 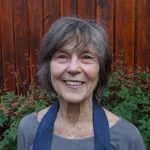 Luminous Heart Penelope Thompson began practicing with Thich Nhat Hanh in 1987; she attended many of his US retreats and is a member of his Order of Interbeing. She led a sangha in Los Angeles for 10 years. In 2000, she studied with Roshi Egyoku Nakao. She was a resident at Zen Center of Los Angeles for 11 years, and was shuso there in 2009 for a year. She moved to the East Bay in 2016 and joined BZC, where she serves on the Membership and HEAR committees. She is a retired clinical psychologist and hospice chaplain. 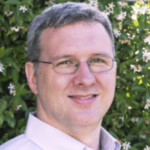 Rob Walker has practiced at BZC since 2017 and at SFZC since 2010. He received jukai from Anshin Rosalie Curtis in 2015 and is a student of Kogen Jamie Howell, a lay entrusted teacher in Sojun-roshi’s lineage. An attorney by profession and a writer by avocation, Rob has experience helping non-profit organizations with governance, organizational, and legal issues. Rob lives in Central Berkeley with his wife Lisa and their two dogs, Charlie and Jolene. 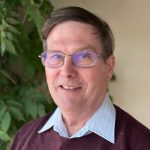 Dan started practicing at BZC during the 2019 Practice Period. He had a daily sitting practice on his own most of his adult life, and also spent time at SFZC.   He’s been married for 36 years and has two children in their early 20’s.  When his kids were younger, he got involved at their school, and served on the Berkeley Montessori School Board of Directors from 2002 – 2009, including two terms as Board President.  He says, “Although the two organizations are very different, hopefully my experience on another non-profit board could be helpful on the BZC Board.”  He is an environmental chemist by profession.
read more about Dan
Close